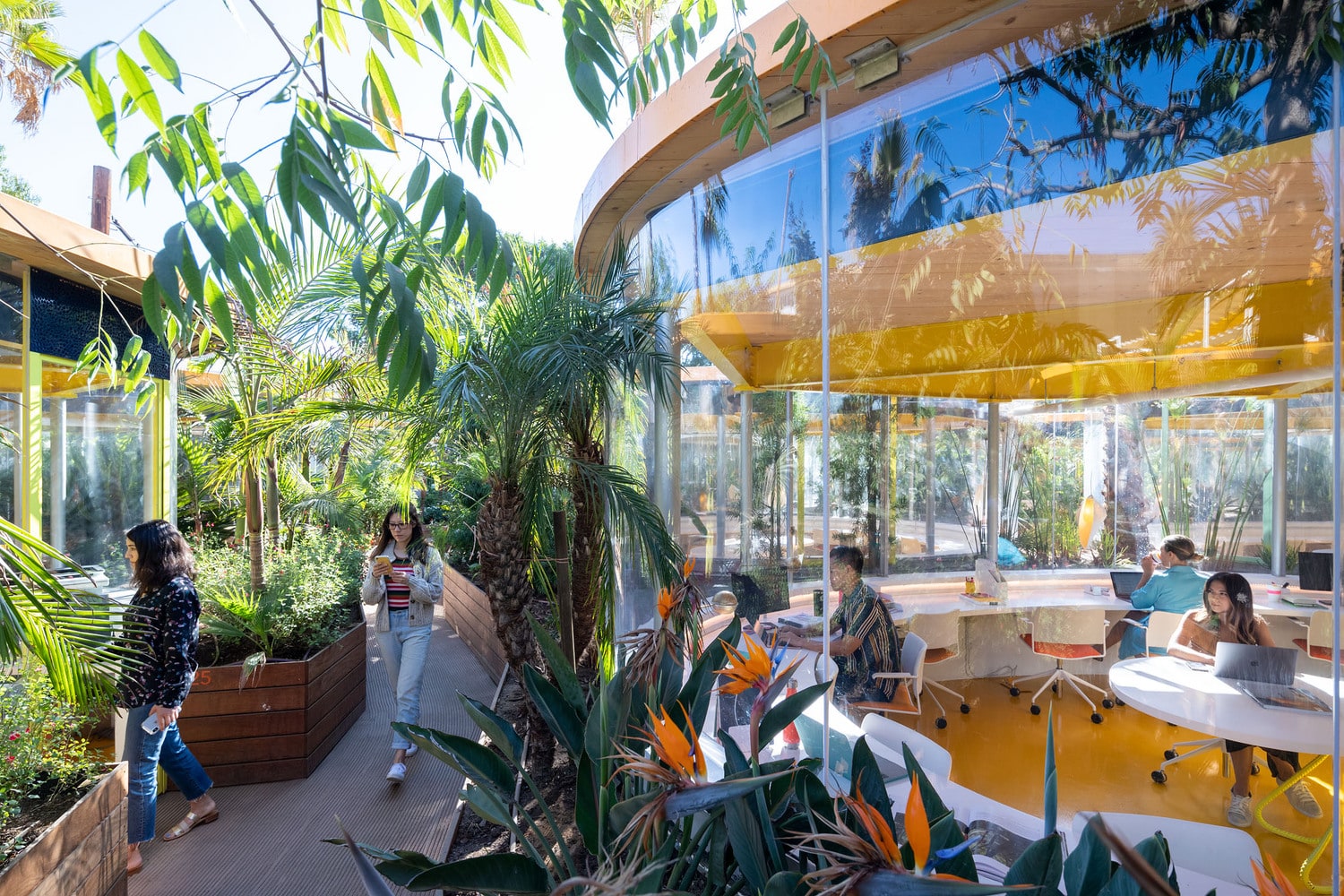 I haven’t been paying as much attention to coworking in recent year but had to post this because it’s so different from other spaces. It’s actually multiple spaces, sixty circular rooms separated by paths and greenery. Obviously, not something that would work in any climate but looks fantastic!

The surrounding greenery not only creates a calm environment but also creates a more biodiverse landscape from developing the land. The offices’ glass facades and open-plan interior create a sense of openness within the offices while the plants offer shade and some privacy between them.