Very interesting thought by Robin Sloan, on what he calls orthographic media. Here’s the Wikipedia definition of orthographic projection.

Orthographic projection is a means of representing three-dimensional objects in two dimensions. It is a form of parallel projection, in which all the projection lines are orthogonal to the projection plane, resulting in every plane of the scene appearing in affine transformation on the viewing surface.

In other words, objects are not scaled for distance in a three dimensional scene. Robin’s insight is that perhaps social media is kind of the same way; we don’t know how far / important each event is.

Browsing Twitter the other day, I once again found myself sucked into a far-off event that truly does not matter, and it occurred to me that social media is an orthographic camera.

Imagine those colorful cubes in the orthographic projection above as tweets: all the same size, taking up the same amount of space on the canvas, even though some are way off in the distance while others brush the virtual camera’s lens. Maybe this is a flavor of context collapse: the standardization of all events, no matter how big or small, delightful or traumatic, to fit the same mashed-together timeline.

Which I find is a very interesting way of thinking about what we see in our feeds. Quoted here for later reference but also because it reminded me of this by Doug Belshaw.

I'm not using Twitter interactively any more because it's less relevant to me than it used to behttps://t.co/s6kQLm7yNO

Checkout the short video where he shows the links from his feed using Nuzzel and realizes that he doesn’t care all that much about what’s there. I partially agree with him, for example my healthcare feeds (for a client) are completely “polluted” by COVID, including many who are definitely not bringing any value and just looking for clicks. However, I do work on my Twitter lists quite a bit, and my main list is full of useful and interesting things. I never look at the main feed (everyone I follow) on Twitter or through Nuzzel but it probably looks like Doug’s.

To attach this to the orthographic media above:

To stray even further, this makes me think of an article I included in Sunday’s Sentiers, concerning a piece by Drew Austin, The cloud and the countryside.

the growing separation between “people from anywhere” and “people from somewhere,” essential workers and all place-dependant work. The “Zoom class” and its “‘Zoom city’ currently being layered onto existing settlements.”

He’s talking about the physical world and how remote work changes where we live but the being anywhere angle fits here too. With orthographic media, we are all from nowhere, with no perspective or distance from all news. Using a non-orthographic view, we could “be from” a specific viewpoint.

—
This post is Day 6 of my #100DaysToOffload challenge. Want to get involved? Find out more at 100daystooffload.com

Another Season Another Look

Build Your Own Flow 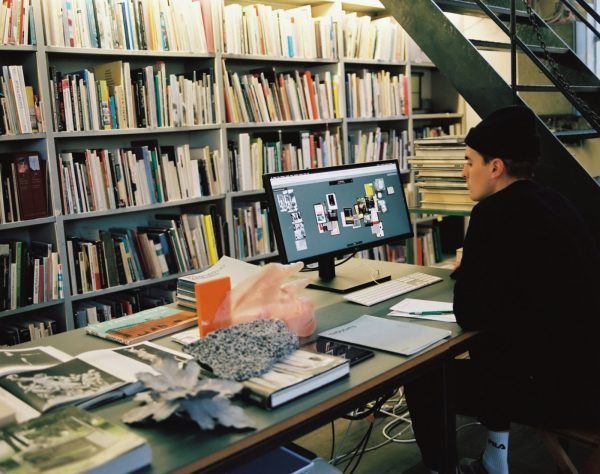