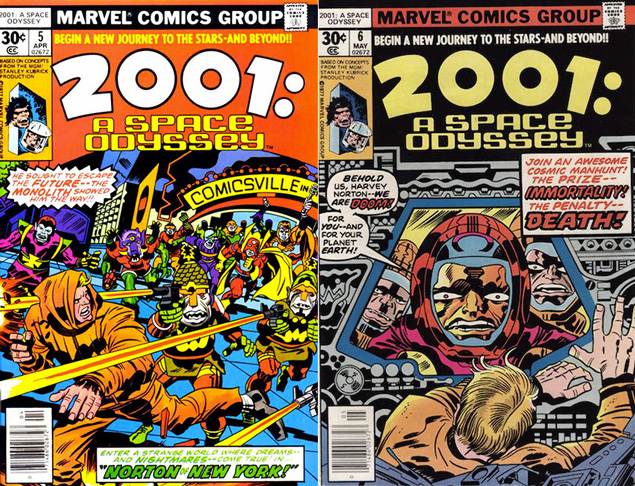 I’d never heard of this, will have to try and find it somewhere!

The movie came out in 1968, but Kirby’s adaptation had to wait until 1976. We can regard that gap as a kind of marker for Kirby’s strong desire to adapt the story even though there may have been little commercial interest in it. Kirby first adapted the movie as a standalone book of 70 pages, and then proceeded to recapitulate the movie’s plot and themes over and over again across 10 issues—except this time with scary aliens with tentacles that have nothing to do with Kubrick’s movie. The resolution of that 10-issue run is a character who is actually oddly resonant with our own times, a human-A.I. hybrid called Machine Man, whose own comic book line, which picked up where 2001: A Space Odyssey left off, lasted for a few months. The character would be fitfully resurrected every ten years or so (1984, 1999). 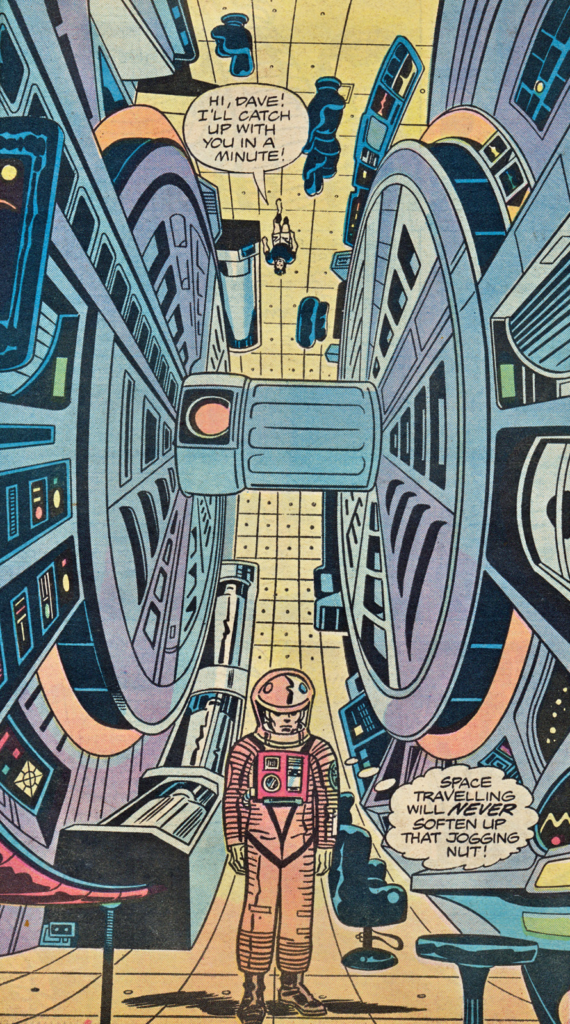 Regression to the mean
The fellowship model